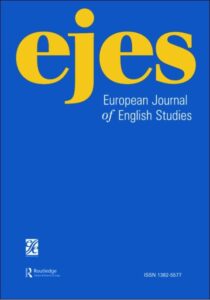 The editors of EJES are issuing calls for papers for the three issues of the journal to be published in 2022. Potential contributors are reminded that EJES operates a two-stage review process. The first is based on the submission of detailed proposals (up to 1,000 words) and results in invitations to submit full essays from which a final selection is then made. The deadline for proposals for this volume is 30 November 2020, with delivery of completed essays in the spring of 2021 and publication in Volume 26 (2022).

Matter ineluctably matters; it composes, decomposes, and recomposes the bodies and environments we inhabit. New materialist ideas surrounding the vitality (Jane Bennett), sympoeisis (Donna Haraway), and intra-actions (Karen Barad) of matter have paved intriguing pathways for literary and cultural analysis. Yet the notion that matter is in motion, rather than inert, and that humans are entangled in dense webs of responsive and partly also agential materials is not a new one. Victorian microscopists, chemists, botanists, physicists, geologists, physiologists, and novelists diligently dissected the material structures of chemical substances, plants, animals, atoms, subterranean strata, and human bodies. In the process, they not only developed precise tools and terminologies to quantify and describe matter, but concomitantly questioned the taxonomies that differentiated human from nonhuman entities.

Victorian scholars have responded productively to the new materialist turn. Yet in the wake of Asa Brigg’s influential Victorian Things (1988), studies have tended to maintain an ontological distinction between Victorian ‘people’ and ‘things.’ While there is a wealth of scholarship on even the most inconspicuous Victorian objects, and while virtually all human body parts and organs have come under critical scrutiny, the co-constitution of human and nonhuman materials remains somewhat underexplored. However, as this special issue argues, Victorian interrogations of the boundaries between human and nonhuman as well as active and passive matter anticipate new materialist approaches. Hence, they invite us to reconsider relationships between nineteenth-century and contemporary conceptualisations of materiality.

This special issue has two objectives: first, it aims to investigate a broad array of Victorian materialities, with a special focus on the conceptual and physical entanglements between human, animal, plant, chemical, biotic, and inorganic matter in scientific, popular, and literary texts. Second, the issue seeks to trace continuities and intersections between Victorian and new materialisms while also exploring critical avenues that this dialogue might generate within the wider field of English Studies.

The editors invite proposals that examine the non/human materialities of Victorian literature, photography, art, or artefacts from matter-oriented perspectives alongside theoreticalmethodological discussions of Victorian materialisms. Approaches that question and expand the conventional rubrics of Victorian Studies are especially welcome. Potential topics could include yet are not limited to the following areas:

Detailed proposals (up to 1,000 words) for full essays (7,500 words), as well as a short biography (max. 100 words) should be sent to the editors by 30 November 2020: Ursula Kluwick (ursula.kluwick@ens.unibe.ch), Ariane de Waal (ariane.de-waal@anglistik.unihalle.de)

← The worth Of Pot Delivery USA