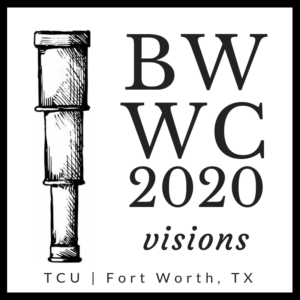 The organizers are seeking paper abstracts for the panel “Supernatural Visions” at the British Women Writers (BWWC) Conference in Forth Worth, Texas, from March 5-7, 2020. The organizer invites submissions that analyze works by eighteenth and nineteenth-century women writers that explore ghost-seeing, supernatural visions, and the invisible. In recent years, scholars such as Shane McCorristine, Srdjan Smajic, and Sarah Willburn have explored the significance of ghost-seeing in England during the eighteenth and nineteenth centuries. At the time, people emphasized the importance of the sense of sight to ghostly encounters through phrases such as “ghost-seeing,” “second sight,” and “sixth sense.” Scientists also debated whether the alleged ghosts that witnesses glimpsed were the result of visionary, psychological, or imaginative factors.  This session will participate in the emerging critical conversation on women‘s Gothic, folklore, and ghost stories and recognize the centrality of this female literary tradition to the British canon. Please email your CVs and 250-300 word abstracts to Indu Ohri at io3jc@virginia.edu by Saturday, December 7, 2019.