John Holmes, The Pre-Raphaelites and Science 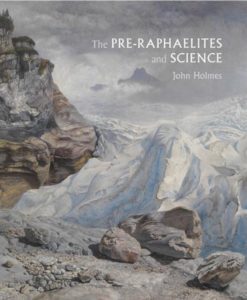 The Pre-Raphaelites and Science

In their manifesto, The Germ, the Pre-Raphaelites committed themselves to creating a new kind of art modelled on science, in which precise observation could lead to discoveries about nature and humanity. John Holmes’s new book traces how the Pre-Raphaelite Brotherhood and their close associates put scientific principles into practice across their painting, poetry and sculpture. Victorian scientists and Pre-Raphaelite artists worked together to design and decorate natural history museums which would be temples to God’s creation, while journals like Nature and the Fortnightly Review combined natural science with Pre-Raphaelite art theory and poetry to find meaning and coherence within a worldview turned upside down by Darwin’s theory of evolution. Offering reinterpretations of well-known works by John Everett Millais, William Holman Hunt, Dante Gabriel Rossetti, Ford Madox Brown, and William Morris, this major revaluation of the popular Victorian movement also considers less-familiar artists who were no less central to the Pre-Raphaelite project.

John Holmes is Professor of Victorian Literature and Culture at the University of Birmingham.